Full Federal Circuit to Decide if Servers Can Create Venue 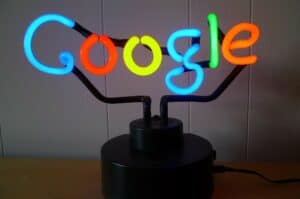 What creates venue?
Google hopes that servers aren’t
Enough to do it.

Google is asking the full Federal Circuit to a review a decision by a divided Federal Circuit panel that allowed the company to be sued for patent infringement in the Eastern District of Texas.

SEVEN Networks sued Google in May of 2017, alleging, among other things, patent infringement.

Google contested venue in the Eastern District of Texas.

The court granted the plaintiff’s motion for discovery on the venue issue.

The issue then became whether Google’s servers were “regular and established places of business” consistent with the September, 2017 Federal Circuit decision in In re Cray.

In the Cray case, although the defendant (Cray) didn’t rent or own an office or any other property in the Eastern District of Texas, it did allow two of its employees to work remotely from their homes in that district.

The Federal Circuit concluded that those facts didn’t establish that Cray had established a place of business in the district.

A district court judge ruled in July that the Google servers housed in Internet Service Providers (ISPs) in the district did meet the “regular and established place of business” test of the patent venue statutes.

A split Federal Circuit panel held in October that venue challenges should wait until after trial unless they pose “broad and fundamental legal questions” implicating the administration of justice.

The court found that Google’s situation was too fact-specific to meet that standard.

Before July, Google had never been sued in the Eastern District of Texas (which is considered friendly to patent plaintiffs). In recent months, Google has been sued at least 17 times in the district.

Trial in the SEVEN Networks case is scheduled for January.