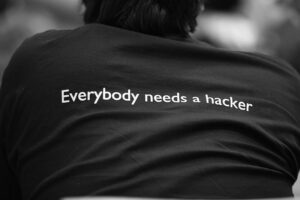 The Federal Circuit has found that a claimed method for improving computer security was a non-abstract computer-functionality improvement because it used a specific technique that was different from earlier approaches and reduced the risk of hacking.

The case,  Ancora Techs. v. HTC Am., Inc., involved Ancora’s ‘941 patent for a “Method of Restricting Software Operation Within a License Limitation.”

The patent claims methods for limiting a computer’s ability to run software not authorized for that computer.

Ancora sued HTC for alleged infringement of its patent.

HTC moved to dismiss the case on the grounds that the patent’s claims were invalid because their subject matter was ineligible for patenting under 35 U.S.C § 101.

HTC argued that the method was only “an ‘abstract idea’ for which computers are invoked merely as a tool.”

As the court noted, the patent stated that “[n]umerous methods have been devised for the identifying and restricting of an unauthorized software program’s operation.”

For example, said the court,

software-based methods exist that require writing a license signature on the computer’s hard drive, but a flaw in those methods is that such a signature can be changed by hackers without damaging other aspects of computer functionality. … Hardware-based methods exist that require inserting a dongle into a computer port to authenticate the software authorization, but those methods are costly, inconvenient, and not suitable for software sold and downloaded over the internet.

The patent at issue described

an asserted improvement based on assigning certain functions to particular computer components and having them interact in specified ways. The proposed method “relies on the use of a key and of a record.” … A “key,” which is “a unique identification code” for the computer, is embedded in the read-only memory (ROM) of the computer’s Basic Input Output System (BIOS) module: the key “cannot be removed or modified.”

The court concluded that

claim 1 of the ‘941 patent is not directed to an abstract idea. Improving security—here, against a computer’s unauthorized use of a program—can be a non-abstract computer-functionality improvement if done by a specific technique that departs from earlier approaches to solve a specific computer problem.