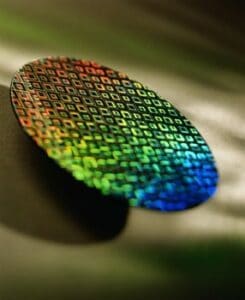 A jury in California awarded the US branch of ASML, a Dutch semiconductor company, $233 million in damages after a rival company, XTAL, was found to have misappropriated its trade secrets.

According to The Register,

XTAL was founded by two semiconductor veterans who had worked at Brion Technologies when it was acquired in 2007 by ASML and subsequently left and set up their own company. XTAL specializes in enhancing chip yields during manufacture, designing semiconductors, and similar consultation work.

Two ASML employees left the company and went to work for XTAL. ASML told the jury at trial that those employees were working for XTAL while they were still on the ASML payroll.

The former employees were accused of copying ASML trade secrets onto external storage devices and failing to return them to their former employer when they left the company.

ASML became suspicious when it lost a contract with a key customer and XTAL entered the market with its own lithography technology, developed at an “astonishing” rate.

Brion is a leader in computational lithography. According to the Recorder,

When the court ordered XTAL to hand over its computer equipment to be searched, information on lithography technology that ASML had acquired from Brion was found.

The award included $1.2 million for the plaintiff’s investigation expenses.

Under California’s computer fraud statute (Penal Code Section 502), in addition to any other remedies, the owner of a network or data lost or damaged by someone in violation of the statue can recover the costs of investigation.