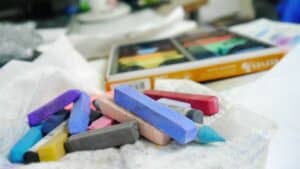 A federal district judge in Louisiana has entered a preliminary injunction against Jolie Homes and other defendants accused of trademark infringement via “reverse passing off.”

Annie Sloan Interiors is the UK-based maker of Annie Sloan® Chalk Paint®.  Annie Sloan (according to the company website) is “one of the world’s most respected paint and colour experts” and “one of Britain’s most influential female designers.”

Chalk Paint® is the brand name for Sloan’s “unique water-based decorative paint” that “can be applied to most surfaces” and can even be used “to paint upholstery and dye fabric.”

Sloan terminated the distribution agreement after Jolie allegedly violated the agreement by selling the paint on sites like Amazon.com.

Although the distribution agreement was said to be “perpetual,” Sloan argued that this perpetual term was against Louisiana public policy and that either party should be able to terminate on reasonable notice. A court eventually agreed.

While the dispute over the termination was pending, Jolie partnered with a manufacturer of the Sloan paint to make its own competing product.

According to the court’s order, the manufacturer was to produce for Jolie the exact paint now labeled as Annie Sloan® Chalk Paint®, which was to be sold in the same colors with new names.

As the judge noted,

In granting the preliminary injunction, the judge determined that Sloan was likely to prevail:

[Jolie’s] plan is to sell the paint that is currently manufactured by Davis Paint and sold as ANNIE SLOAN® CHALK PAINT® as Jolie Paint. Although there is a dispute as to the ownership of the actual formulae that are used to make the paint, it is undisputed that Annie Sloan herself was the originator of the idea and colors.

A trial in the case is scheduled for June.