“Dot Com” Can Save a Generic Mark 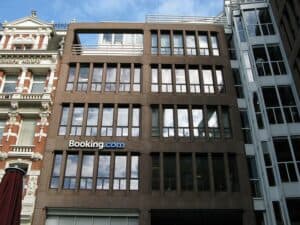 The US Court of Appeals for the Fourth Circuit has ruled that the trademark BOOKING.COM isn’t generic.

Trademark law protects the goodwill represented by particular marks and serves the twin objectives of preventing consumer confusion between products and the sources of those products, on the one hand, and protecting the linguistic commons by preventing exclusive use of terms that represent their common meaning, on the other.

In order to be protectable, a proposed mark must be “distinctive.” Courts determine the strength of a mark by categorizing it, from weakest to strongest, as:

A term is generic if it is the “common name of a product” or “the genus of which the particular product is a species,” such as LITE BEER for light beer, or CONVENIENT STORE for convenience stores.

The same name can be “generic” or “arbitrary” depending on the context in which it’s used.

For example, “Apple” would be generic when selling apples, but it’s considered arbitrary when selling computers.

Marks falling into the latter two categories are deemed inherently distinctive and are entitled to protection because their intrinsic nature serves to identify the particular source of a product. In contrast, descriptive terms may be distinctive only upon certain showings, and generic terms are never distinctive. This dispute concerns only the first two of these four categories, with Booking.com arguing the mark is descriptive and the USPTO arguing it is generic.

The circuit court noted that Booking.com presented a survey showing that 74.8% of consumers recognized BOOKING.COM as a brand rather than a generic service. It agreed with the finding of the district court that “although ‘booking’ was a generic term for the services identified, BOOKING.COM as a whole was nevertheless a descriptive mark.”