What’s the difference between “inequitable conduct” and “unclean hands”? 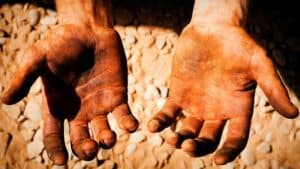 In patent law, “inequitable conduct” is a breach of a patent applicant’s duty of candor and good faith toward the US Patent and Trademark Office (USPTO). A claim of inequitable conduct is a defense that a defendant in a patent infringement case can raise against the patent owner.

The “clean hands” (or “unclean hands”) doctrine in patent law is a defense in which the alleged infringer argues that the plaintiff patent owner isn’t entitled to an equitable remedy (such as an injunction) because the plaintiff acted unethically or in bad faith with respect to the complaint.

The Federal Circuit has called inequitable conduct the “atom bomb of patent law” because it blows away an entire patent, without the need to get into the details of the individual patent claims.

Because it’s so powerful, the “inequitable conduct” defense isn’t easy to assert.

Under Therasense, Inc. v. Becton, Dickinson and Co., the majority held that

a failure to disclose information is “material” for purposes of inequitable conduct only if it satisfies the “but for” test; i.e., the conduct must be such that, but for the conduct, the claims would have been found unpatentable.

The “unclean hands” doctrine can also apply to conduct in contexts that don’t directly involve the USPTO.

For example, in  Gilead Sciences, Inc. v. Merck & Co., the Federal Circuit found that the patent owner had engaged in both pre-litigation business misconduct and litigation misconduct and thus had unclean hands.