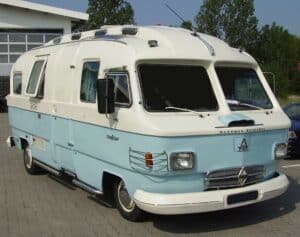 The Federal Circuit has ruled that an inventor doesn’t fail to be “diligent” in reducing an invention to practice because he spent time having the invention tested by a third party.

GEP petitioned the Patent Trial and Appeal Board (PTAB) for inter partes reviews of all claims of both of the patents, and the PTAB determined that the claims were unpatentable.

Under the pre-AIA (America Invents Act) version of US patent law, an inventor must practice “reasonable diligence” in reducing an invention to practice.

However, the diligence required by the pre-AIA 35 U.S.C. 102(g) doesn’t require that “an inventor … drop all other work and concentrate on the particular invention involved….”

The issue in the Artic case was whether the inventor, Janisch, was “diligent” from April 1, 2002 until October 29, 2002, when he filed his patent application.

diligence need not be perfectly continuous—only reasonably continuous. … “[P]eriods of inactivity within the critical period do not automatically vanquish a patent owner’s claim of reasonable diligence.” …

“[T]he point of the diligence analysis is not to scour the patent owner’s corroborating evidence in search of intervals of time where the patent owner has failed to substantiate some sort of activity.” … Rather, the adequacy of the reduction to practice is determined by whether, “in light of the evidence as a whole, `the invention was not abandoned or unreasonably delayed.'”

The court recognized that:

During the identified gaps in Mr. Janisch’s personal activity, the invention was being tested at Mr. Boyd’s employer, Tyco, hired by Arctic Cat for that purpose.

And the court concluded that:

Lack of diligence cannot be inferred from putting the invention into someone else’s hands for needed testing and awaiting test results for a short period commensurate with the testing need, at least where oversight was diligent. That course of action, as a way of reducing an invention to practice, does not give rise to an inference of unreasonable delay or abandonment of the invention.