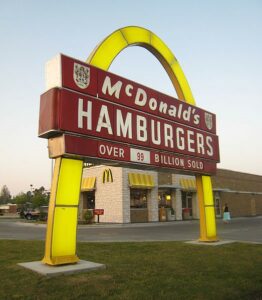 Trademarks can endure –
Potentially forever –
If you maintain them

Can trademarks last “forever”?  In theory, yes – if they’re used and maintained properly.

Copyrights are relatively long-lived; for works created after January 1, 1978, they last for the life of the author plus an additional 70 years.

Patents are relatively short-lived;  in the US, for utility patents filed on or after June 8, 1995 they last for 20 years from the earliest filing date of the application.

Like vampires, trademarks and trade secrets don’t “die” of natural causes after a specific period of time, but they can be “killed” in various ways.

For example, trade secret protection won’t be upheld by a court if the defendant can show that the trade secret owner didn’t treat the secret like a secret.

Trademarks must be continuously used in commerce in order to remain enforceable.

In the US, federal trademark protection requires a declaration of use, or excusable non-use, between the fifth and sixth years after the initial registration, and every ten years after registration.

A specimen of use must be filed along with the declaration.

Amazingly, McDonalds (which is famous for the vigorous enforcement of its trademark rights) recently lost the right to the “Big Mac” trademark in the European Union (EU).

In 1993, McDonald’s won a court order preventing a New York dentist from advertising his services under the name “McDental.” It also successfully challenged an attempt from a Singapore company to register “MACCOFFEE” in the EU.

But as  Reuters  reported, European regulators revoked McDonald’s registration of the “Big Mac” mark, saying that the company hadn’t proven genuine use of it over the five years before the case was filed in 2017.

McDonald’s did provide printouts of European websites using the “Big Mac” name, as well as posters, packaging, and affidavits – but that wasn’t enough for the Spain-based EU Intellectual Property Office (EUIPO).

From the website printouts “it could not be concluded whether, or how, a purchase could be made or an order could be placed,” the EUIPO said. “Even if the websites provided such an option, there is no information of a single order being placed.”

An Irish chain called “Supermac’s” challenged the McDonald’s mark. The company said that McDonalds had used the similarity of the names to stymie the Irish chain’s expansion into the EU.

McDonalds can (and very probably will) appeal the ruling.