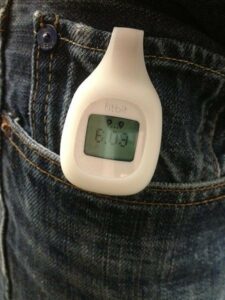 In  Cellspin Soft, Inc. v. Fitbit, Inc., the Federal Circuit has ruled that patents are to be assumed eligible for patent protection under 35 U.S.C. § 101.

The case arose out of four patents for connecting a “data capture device” – specifically, a digital camera – to a mobile device so that the user can automatically publish content from the camera to a website.

prior art devices could digitally capture images, video, or other types of content. To upload that content on the Internet, however, users had to transfer their content onto a personal computer using a memory stick or cable.

Cellspin, which owned the patents, filed more than a dozen cases alleging infringement against companies like Fitbit, Nike, Fossil, and Canon.

The defendants sought to have the case dismissed on the grounds that the asserted patents were ineligible for patent protection under 35 U.S.C. § 101.

The district court concluded that the asserted claims of one patent were directed to the abstract idea of “acquiring, transferring, and publishing data and multimedia content on one or more websites.”

The court explained that the asserted claims used “generic computer hardware and software components” to automate the conventional, manual process of transferring data from one device to another.

The court thus concluded that this was merely the simple automation of a conventional manual process and thus an abstract idea that wasn’t patent eligible.

The Federal Circuit found that the district court erred “by ignoring allegations that, when properly accepted as true, preclude the grant of a motion to dismiss.”

To the extent the district court  [concluded] that issued patents are presumed valid but not presumed patent eligible, it was wrong to do so.

The court then held:

claims that use an environment—a computer, a mobile phone, etc.—to do significantly more than simply carry out an abstract idea are patent eligible…. Cellspin’s asserted claims do precisely that, at least based on the allegations we must accept as true at this stage. In particular, they recite a specific, plausibly inventive way of arranging devices and using protocols rather than the general idea of capturing, transferring, and publishing data.

Accordingly, the district court erred by granting the motions to dismiss.