Can an NDA Block a PTAB Review? 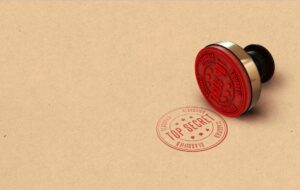 Many patent owners and potential licensees enter into non-disclosure agreements (NDAs) at an early stage of discussions.

These agreements may be either unilateral or mutual, and are intended to protect the disclosing party or parties from unauthorized disclosure or misuse of their confidential information.

NDAs generally have very limited scope – simply protecting information. However, a pair of recent cases suggest that they could be used strategically to block a review of the patent by the Patent and Trademark Appeals Board (PTAB).

In Dodocase VR, Inc. v. Merchsource, LLC the Federal Circuit held that a forum selection clause in a patent license can divest the PTAB of jurisdiction.

In Dodocase, the license included a no-challenge clause and a forum selection clause, as follows:

MerchSource informed Dodocase that it would no longer pay royalties under the license because it believed the patent claims were invalid. MerchSource then filed petitions requesting inter partes review (IPR) of the patents at issue.

Dodocase asserted that the IPR breached the no-challenge and forum-selection clauses in the license.

The Federal Circuit agreed with a district court that the PTAB proceedings were included in matters “arising out of or under this Agreement.”

Now for the next case….

This motion was denied, because the forum selection clause in the NDA wasn’t drafted to explicitly survive the expiration or termination of the NDA, and the NDA had already expired.

However, the district court noted:

the text of the forum selection clause warrants a broad interpretation. The clause provides that “any . . . proceeding . . . relating to . . . the transactions contemplated [by this Agreement] must be instituted exclusively in a [New York] court.” Under New York law, the phrase “relating to” is broader in scope than constructions such as “arising out of.” … Moreover, the clause applies not only to proceedings relating to the NDA, but also to “the transactions contemplated” thereby. (Emphasis added)

Artful (sneaky?) drafting of an NDA could bar a patent license – or potentially even a party than never entered into a patent license! – from later challenging the validity of the patent in an IPR.

Potential patent licensees should be on the lookout for language like this when patent owners ask them to sign NDAs.