Prior Art Must Be Publicly Accessible 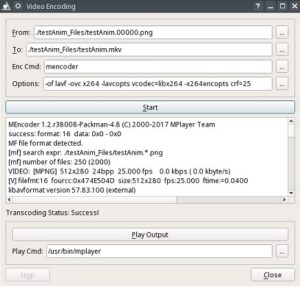 Is prior art rule

The Federal Circuit has ruled that prior art must be publicly accessible in order to invalidate patent claims.

The prior art reference at issue was Working Draft 4 (“WD4”) of the High Efficiency Video Coding standard (“the H.265 standard”).

The key question before the court was whether the WD4 reference was publicly accessible prior to the patent’s critical date.

In two inter partes review proceedings requested by Samsung, the Patent Trial and Appeal Board (“PTAB”) upheld all challenged claims of the patent.

The PTAB upheld the claims because it found that Samsung failed to show that WD4 was publicly accessible before the patent’s critical date.

To access the WD4 reference, users needed to follow at least four steps. First, they had to navigate to the … website. … Next, they had to select a menu option to view information about “All meetings”…. Then a user would need to select “Torino” from the list of available meeting options, which were not identified by subject matter. … At this point, the user would see a list of “hundreds” of documents organized by an identifying number rather than subject matter. … From this list, a user would need to select the WD4 reference…

The PTAB found that

there was “insufficient competent evidence” to show that a person of ordinary skill in the art “would [have] know[n] to check the … site for information of relevance to the art.

The PTAB then found that Samsung couldn’t establish that WD4 was accessible to the public during the relevant time period.

A person is not entitled to a patent if their invention was “described in a printed publication . . . more than one year prior to the date of the[ir patent] application.” … We have read this statutory text as imposing two requirements: (1) that a putative prior art reference be printed and (2) that the reference be published, i.e., accessible to the public.

A reference is considered publicly accessible if “persons interested and ordinarily skilled in the subject matter or art, exercising reasonable diligence, can locate it.”

The court concluded that although the work was “technically accessible” in that someone could theoretically find it on the Internet, “public accessibility requires more than technical accessibility.”