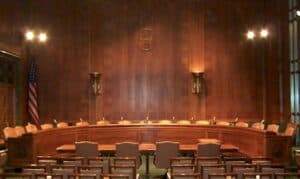 Earlier this year, Senators Thom Tillis (R-NC) and Chris Coons (D-DE) of the Senate Judiciary Committee, along with three members of the House of Representatives, released a draft patent reform bill focusing on 35 U.S.C. § 101.

This core section of the law defines what makes something patentable, and currently states:

The proposed new version of the law would remove the word “new.”

The word “new” relates to traditional patent requirements of novelty and non-obviousness, and shifts the patentability focus to the utility of the claimed invention.

Hearings on the proposed change were held in June.

Many witnesses spoke against loosening patent eligibility. For example, a witness from the Electronic Frontier Foundation testified:

The change in the law would reverse recent US Supreme Court precedents restricting subject matter eligibility.

In addition, the bill would direct the Patent Office to construe section 101 in favor of eligibility.

Also, judicial exceptions to subject-matter eligibility – such as “abstract ideas,” “laws of nature,” or “natural phenomena,” would not be recognized. Even more radically, cases that established or interpreted such exceptions would be abrogated by the statute.

After years in which the scope of patent protection narrowed – especially with respect to computer-aided inventions and business methods – it’s now widening again.

As we discussed earlier this year, the Patent Office updated its examination guidelines yet again in January in recognition that trying distinguish between “abstract ideas” (that aren’t patentable) and non-abstract inventions (that are patentable) has proved problematic.