“Work-for-Hire” Agreement Must Be Signed Before Work Starts 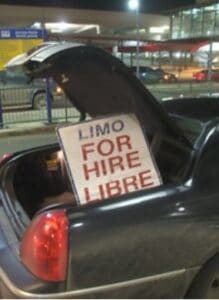 Before the work starts

The “work-for-hire” doctrine allows the employer or client of the actual creator of a work of authorship to be deemed the “author” (and thus the owner) for purposes of copyright law.

Normally, the creator is considered to be the author of a work. A work is only a “work-for-hire” if:

Very unwisely for both parties, some independent contractors start work for their clients before there’s a written agreement in place. This can lead to expensive and time-consuming disputes about IP ownership.

The Estate of Stanley Kauffmann v. Rochester Institute of Technology illustrates what can go wrong.

The case involves the ownership of copyrights in 44 articles written by the film critic Stanley Kauffmann, which first appeared in The New Republic magazine (“TNR”).

Kauffman wrote for the magazine for 55 years. The parties agreed that Kauffmann wasn’t an employee of the magazine when the articles were written.

The issue before the court was:

whether a letter agreement, signed by Kauffmann and the magazine’s literary editor five years after the year in which the articles were written, satisfies the definition’s alternate criterion that “the parties expressly agree in a written instrument signed by them that the work shall be considered a work made for hire.”

The 2004 letter from TNR to Kauffmann stated:

Our agreement with you has always been an oral understanding . . . . We have . . . always understood in doing business with you that, in light of our regular monthly compensation arrangement with you, all articles you have written for The New Republic have been ‘works made for hire,’ as that term is defined under the US Copyright laws.

This agreement had a checkmark next to “agreed” and Kauffmann’s signature.The court concluded that the articles were not works for hire because the letter agreement was signed long after the works were created, and no special circumstances even arguably warranted applying the written agreement.

The 7th and 9th Circuits had previously ruled that an agreement sufficient to establish a work as a “work for hire” must be executed before creation of the work, and with this decision the 2d Circuit agreed, narrowing the scope of an earlier decision that held otherwise.