How to Satisfy the Written Description Requirement 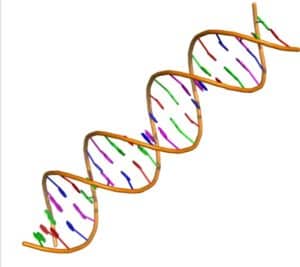 Must allow a skilled person

To carry it out

A recent Federal Circuit decision explores the challenges involved in properly describing a claimed invention in a patent application.

Quake v Lo involves shared claims in an issued patent and a patent application for “a method of determining the presence of a chromosomal abnormality (called aneuploidy) in fetuses by using massively parallel sequencing (MPS) technology to sequence deoxyribonucleic acid (DNA) fragments from a sample of the mother’s blood.”


As the court noted,

The claims recite a random MPS method for the detection step, meaning that all of the DNA in the sample is sequenced, as opposed to sequencing specific, targeted sequences. Quake’s specification (shared by the ’018 patent and the ’833 application), however, only expressly describes detection of target sequences in its thirty-plus column specification.

The US Patent Trial and Appeal Board (PTAB) found four claims of the patent unpatentable for lack of written description under 35 U.S.C. § 112, which states:

The specification shall contain a written description of the invention, and of the manner and process of making and using it, in such full, clear, concise, and exact terms as to enable any person skilled in the art to which it pertains, or with which it is most nearly connected, to make and use the same, and shall set forth the best mode contemplated by the inventor or joint inventor of carrying out the invention.

The essence of the written description requirement is that a patent applicant, as part of the bargain with the public, must describe his or her invention so that the public will know what it is and that he or she has truly made the claimed invention.

Compliance with the written description requirement is a question of fact, “judged from the perspective of a skilled artisan as of the patent’s filing date.”

The Federal Circuit has analogized such a disclosure as

“mark[ing] trails by making blaze marks on . . . trees” to “find[] one’s way through the woods” of a specification such that a skilled artisan would be able to follow that trail and understand what the inventors had invented.

The court concluded that because the specification of the patent didn’t disclose a method of using random MPS to determine fetal aneuploidy the claims at issue were unpatentable for lack of written description.