Commercial Success Isn’t Relevant to an Alice Analysis of Patentability 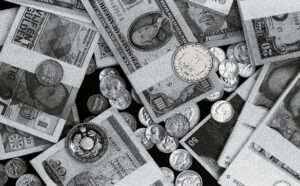 Doesn’t mean you can patent

The Federal Circuit has held that the commercial launch of a product is irrelevant to an analysis of whether the product is eligible for patent protection.

The plaintiff, Mark Greenstein, appealed from a decision of the Patent Trial and Appeal Board (PTAB) which affirmed the rejection of his patent application by the US Patent and Trademark Office (USPTO).

The application related to automated systems for personal financial planning:

It describes the automatic adjustment of an individual’s savings, and the investment thereof, to increase the probability of achieving a projected income in retirement. The claimed systems utilize computers to receive, store and adjust savings and investment data.

The PTAB held that the claims were directed to the abstract idea of “[a]djusting the amount a person saves and choosing investments for the saved amounts, with the goal of saving enough for retirement.”

As the court noted in an earlier decision involving the same plaintiff, in its 2013 Alice decision, the US Supreme Court

set forth a two-step test to determine patent eligibility under § 101. First, we determine whether the claims are directed to an abstract idea. If so, the claim may still be patent-eligible if it contains an “an inventive concept—i.e., an element or combination of elements that is ‘sufficient to ensure that the patent in practice amounts to significantly more than a patent upon the [ineligible concept] itself.’”

The plaintiff argued that his alleged invention “was the basis for the successful commercial launch of a new product, demonstrating its material advantages to persons in the relevant market.”

The court held that this was irrelevant:

The case is In Re: Mark Greenstein.