How to Sue Foreign Patent Infringers in the US 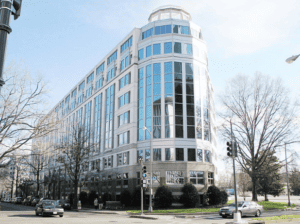 Can be sued in the US

If they have contacts

In general, the jurisdiction of US courts ends at the borders of the US. However, there are situations in which US patent owners can reach foreign defendants or acts of infringement that take place outside the US.

For example, as we discussed in this blog, a federal court judge in landlocked Minnesota ruled that the US Patent Act applied to a case of alleged patent infringement occurring on US-flagged ships in international waters.

In order for a US court to exercise personal jurisdiction over a foreign defendant, that defendant must have sufficient contacts with the forum state.

A US patent owner might argue that a foreign manufacturer of an infringing product had such contacts by causing the products to be shipped to the US. However, the Federal Circuit (which deals with patent matters) has failed to provide clear guidance on that issue that would govern the entire US federal court system.

Some courts will exercise jurisdiction over foreign defendants as long as such defendants were aware that their infringing products would foreseeably reach the forum state.

Public information like a company’s annual report can be very useful in making a case for jurisdiction over a foreign defendant based on that awareness and intent. For example, in the case of  Koninklijke KPN N.V. v. Kyocera Corp., the plaintiff sought to sue Kyocera Corp., a Japanese company.

In its Form 20-F Annual Report for the fiscal year ended March 31, 2015, Kyocera Corp. stated it “develops, manufactures and sells mobile phones such as smartphones . . . mainly for telecommunications carriers [such as Sprint Corporation, Verizon Communications Inc., T-Mobile US, Inc. and AT&T Inc.] in Japan and the U.S.”

The court found that this showed that the defendant intended to serve the US market (specifically the Delaware market) and thus that venue was proper in Delaware.

On the other hand, other courts have found that isolated emails to customers in the forum state weren’t enough to establish minimum contacts between a foreign manufacturer and that state, and thus personal jurisdiction over the foreign defendant.

Other courts will only exercise jurisdiction if foreign defendants took additional steps directed to the state. Thus, US patent owners need to keep this split in mind in deciding where to sue foreign infringers.

Another way to keep infringing products out of the US is to file a complaint with the US International Trade Commission, seeking an exclusion order to block the infringing goods. In that case, jurisdiction over the foreign company is irrelevant.

Yet another way to reach foreign defendants is via their US subsidiaries.

In summary, there are multiple angles of attack for US patent owners facing unfair competition from foreign infringers.v