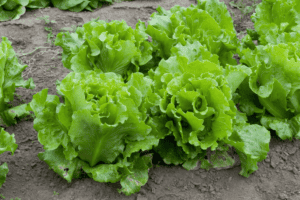 Global Protein Products is a coating company that claims as a trade secret a formula and process for treating iceberg lettuce to prolong its shelf life.

Le, a scientist, was employed by Global and learned the formula for the product subject to a confidentiality agreement. Le left Global and started a competing company, trying to sell to Global’s customers.

Le appealed, claiming that because Global had acquired a pre-existing patent for the formula, the alleged “secret” was in the public domain.

The acquired patent was for “a process and formula for making a zein film in pure water.”

The court agreed that, in general, “publication of a trade secret destroys it.”

However, in this case the “trade secret was not limited to the identity of the components used; the trade secret encompassed the proprietary formula and the process for treating lettuce.” (Emphasis added.)

One important thing to note about the case: the patent involved was issued in 1997 and has subsequently expired. Trade secrets, unlike patents, have no automatic expiration dates and can continue to protect proprietary information indefinitely.

Inventors often need to make strategic decisions about whether to protect their intellectual property using patents, trade secret law, or (as in this case) both.