Patent Owners Can Be Stopped from Asserting Doctrine of Equivalents 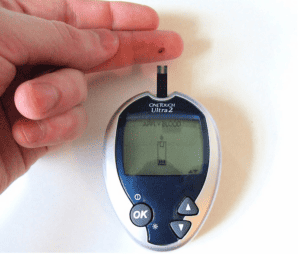 And then expand them

(1) applies a known electric potential across the electrodes, creating a diffusion limiting electric current (referred to as the “Cottrell current”) through the sample; and (2) measures Cottrell current. A proportional relationship exists between the measured current and blood glucose concentration. Based on this proportional relationship, a microprocessor in the meter converts the measured electric current to a blood glucose level and then reports the blood glucose level to the user.

Thus, Pharma Tech agreed that the LifeScan meters didn’t literally infringe the relevant claim of its patents. It argued that the “accused device infringes under the doctrine of equivalents.”

The doctrine of equivalents (DoE) is a rule that allows a court to find a party liable for patent infringement even if the infringing device doesn’t fall within the literal scope of the patent claim, but is nevertheless “equivalent” to the claimed invention.

The district court granted summary judgment of non-infringement because of prosecution history estoppel.

“Prosecution history estoppel” is invoked when a patent applicant makes narrowing amendments to its application, then tries to invoke the DoE to broaden its claims.

the inventors’ arguments distinguishing the prior art constituted clear and unambiguous disclaimers of meters that do not perform the claimed conversion and comparison steps.

The Federal Circuit affirmed, noting that it had previously ruled that

[c]lear assertions made during prosecution in support of patentability, whether or not actually required to secure allowance of the claim, may also create an estoppel . . . because [t]he relevant inquiry is whether a competitor would reasonably believe that the applicant had surrendered the relevant subject matter.