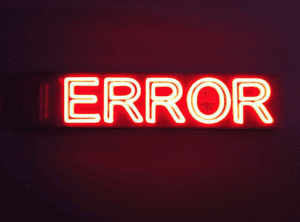 Too abstract to stand

The US Court of Appeals for the Federal Circuit has ruled that claims related to software for error-checking are patent-eligible.

Koninklijke sued Gemalto and others for infringing the patent.

The district court held that all four claims of the patent were ineligible under 35 U.S.C. § 101, concluding that the claims recited no more than mere abstract data manipulation operations, such as “reordering data and generating additional data.”

Section 101 defines patent-eligible subject matter as “any new and useful process, machine, manufacture, or composition of matter, or any new and useful improvement thereof.” Laws of nature, natural phenomena, and abstract ideas aren’t patentable. Many cases in recent years, including this one, have wrestled with what exactly “abstract” means.

Rather than being merely directed to the abstract idea of data manipulation, these claims are directed to an improved check data generating device that enables a data transmission error detection system to detect a specific type of error that prior art systems could not.

In data transmission systems, it is common to generate something called “check data” to check whether data was accurately transmitted over a communications channel. Check data is generated based on the original data and thus serves as a shorthand representation of a particular block of data. By comparing the check data generated at both ends of the communication channel, error detection systems may be able to infer whether errors occurred during transmission. For example, if the check data from both ends match, the system infers that the content of the received data block is the same as what was transmitted and thus concludes that no errors occurred during transport.

But, as the ‘662 patent recognizes, matching check data is not always a reliable indicator of accurate data transmissions. According to the patent, certain generating functions coincidentally produce the same check data for a corrupted data block and an uncorrupted data block. When this happens, the check data is functionally defective, because the system will mistakenly believe that there were no errors in the data transmission.

The court found that the patent solves this problem “by varying the way check data is generated by varying the permutation applied to different data blocks.”