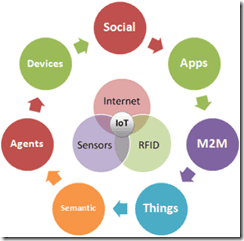 A manufacturer of a connected device shall equip the device with a reasonable security feature or features that are all of the following:

It’s deemed a “reasonable” security feature if either of the following requirements are met:

A “connected devices” is “any device or other physical object that’s capable of connecting to the Internet, directly or indirectly, and that’s assigned an Internet Protocol address or Bluetooth address.”

This includes a broad range of devices, including “old school” technology like printers as well as newer technology such as “smart” refrigerators and digital assistants like Alexa.

(The hacking of a smart fridge network was a plot point on HBO’s Silicon Valley.)

The new California IoT law doesn’t apply to devices that are regulated by federal law, such as medical devices.

(The hacking of the Vice-President’s internet-connected pacemaker was a plot point in the series Homeland.)

The new law will be enforced by California’s Attorney General and does not provide for private rights of action by consumers affected by failures to comply with the law.