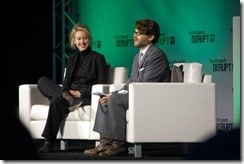 Even with much of the planet shut down due to the COVID-19 coronavirus pandemic, patent disputes continue.

One such dispute involves a patent once owned by Theranos, the now-defunct blood-testing company.

Theranos was founded in 2003 by Stanford University student Elizabeth Holmes, then 19 years old. The company raised more than $700 million in venture capital and was valued at $10 billion at its peak in 2013-14.

The company claimed that its blood tests required only 1/100 to 1/1000 as much blood as usual blood tests, and that its tests would be far less costly.

However, when medical researchers challenged the validity of the tests, the company came crashing down and stopped operating in September of 2018.

Theranos and Holmes were charged with “massive fraud” by the SEC. Holmes was also indicted for wire fraud and conspiracy by the US Attorney for the Northern District of California and is scheduled to go on trial in August.

The patents owned by Theranos were sold to Fortress Investment Group in 2018.

Labrador Diagnostics, which is part of Fortress, has now sued BioFire Diagnostics and Biomerieux in Delaware federal court for alleged infringement of a Theranos patent.

The patent at issue, entitled “Point-of-Care Fluidic Systems and Uses Thereof,” relates to “the field of medical devices,” including “portable medical devices that allow real-time detection of analytes from a biological fluid.”

BioFire makes a technology used to develop tests for the COVID-19 virus.

BioFire’s FilmArray is described as the new standard for syndromic infectious disease molecular diagnostics and delivers blood test results in about an hour.

After criticism, Labrador said that it would offer royalty-free patent licenses to companies that want to use its technology for tests related to COVID-19.