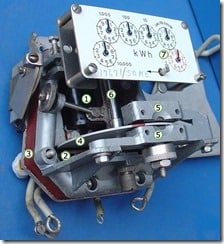 The Federal Circuit has issued a new decision clarifying the “motivation to combine” analysis for purposes of determining whether a claimed invention is “obvious” under patent law.

In order to be patentable, a claimed invention must really be “inventive.” Under 35 U.S. Code § 103,

A rationale for the “obviousness” test is to avoid granting patent protection for so-called “inventions” that are only incremental improvements to what came before.

An “obviousness” issue can arise when an inventor combines two or more prior-art references in order to create something that’s claimed to be new.

In Acoustic Technology, Inc. v. Itron Networked Solutions, Inc., the claimed invention by Acoustic was “an improvement upon prior art automated meter reading systems that used expensive and problematic radio frequency transmitters, or systems that relied on human meter-readers using handheld or vehicle-mounted short-range wireless devices to obtain meter readings when they were in a customer’s vicinity.”

In an inter partes review of the patent, the Patent Trial and Appeal Board found one claim unpatentable as obvious in light of prior art.

The motivation to combine prior art references can come from the knowledge of those skilled in the art, from the prior art reference itself, or from the nature of the problem to be solved. … We have found expert testimony insufficient where, for example, the testimony consisted of conclusory statements that a skilled artisan could combine the references, not that they would have been motivated to do so.

In this case, however, the court found that there was expert testimony that a skilled artisan would have been motivated to combine the prior art references.