If patent solves a problem, 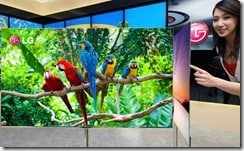 The Federal Circuit has revived a patent infringement case by Uniloc against LG Electronics, finding that the patent at issue wasn’t too “abstract” to be patent-eligible.

Claim 2 of the patent recites:

A primary station for use in a communications system comprising at least one secondary station, wherein means are provided

for broadcasting a series of inquiry messages, each in the form of a plurality of predetermined data fields arranged according to a first communications protocol, and

for adding to each inquiry message prior to transmission an additional data field for polling at least one secondary station.

The district court had held that the claims were patent-ineligible as “directed to the abstract idea of ‘additional polling in a wireless communication system,’” without a saving inventive concept.

But the Federal Circuit disagreed, finding that

the claimed invention changes the normal operation of the communication system itself to “overcome a problem specifically arising in the realm of computer networks.” In doing so, the claimed invention, like the improvement in computer memory we held patent eligible in Visual Memory, enables the communication system to accommodate additional devices, such as battery-operated secondary stations, without compromising performance.

Importantly, the claims were tied to a specific technical benefit – reducing latency.

Our precedent is clear that software can make patent-eligible improvements to computer technology, and related claims are eligible as long as they are directed to non-abstract improvements to the functionality of a computer or network platform itself.