Musicians May Object When Politicians Use Their Songs

Won’t back down over Trump’s use 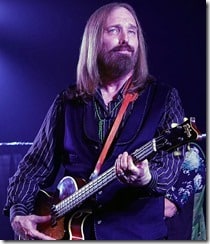 Since it’s an election year, you can pretty much count on musicians getting upset when politicians use their music.

As we discussed in this blog from 2015, in the last presidential election Neil Young objected when then-candidate Donald Trump used his “Rockin’ in the Free World” for the launch of his campaign.

This time, the estate of the late rocker Tom Petty sent the Trump campaign a cease-and-desist letter over its use of the song “I Won’t Back Down” at a recent campaign rally.

If you play recorded music in a store, restaurant, or bar, or at a public event like a conference or political rally, you’re supposed to obtain (and pay for) a public performance license.

There’s generally no need to track down the individual rights owners, because most music is licensed in the US via one of the following performing rights organizations:

Obtaining a license costs from a few hundred to a few thousand dollars per year, based on factors like the size of the venue. Many large venues, such as convention centers, have their own blanket licenses, so that groups hosting events don’t have to worry about licenses.

However, these blanket licenses may not cover political events. ASCAP offers a special Political Campaign License agreement, and ASCAP members can ask that specific songs be excluded from the license to a specific campaign.

The performing rights organizations do check up on venues, and penalties can be up to $30,000 for each song, or up to $150,000 if the infringement was willful.

For example, in 2016 a New York steakhouse was ordered to pay $16,000, plus the plaintiff’s attorney’s fees and costs, for playing five songs without a license.

In addition to copyright law, politicians need to worry about running afoul of the artist’s right of publicity and claims of “false endorsement” that may be implied by the association of a song with a politician.