Fights rather than settle cheap, 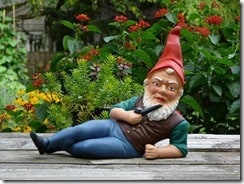 We have written before about “patent trolls,” who are more politely called “patent assertion entities” (PAEs) or “non-practicing entities” (NPEs).

A troll/PAE/NPE is an entity that owns patents but doesn’t actually make items covered by the patents. Instead, it licenses the patents to others and sues to enforce its rights.

PAEs can be problematic because they sometimes sue to enforce weak patents that wouldn’t stand up to a court challenge, counting on defendants to settle relatively cheaply rather than potentially spend millions on patent litigation.

For example, in 2014, we blogged about MPHJ Technology Investments, a company that the Electronic Frontier Foundation (EFF) called a “poster child” for patent abuse.

MPHJ claimed that anyone merely using a scanner violated its patent rights.

The profile of patent trolls has receded since this 2013 New York Times article. A leading cause of this decline was the 2014 Supreme Court case of Alice Corp. vs. CLS Bank International, which made it harder for plaintiffs to prevail in cases involving software patents.

However, patent trolls haven’t gone away.

In 2019, Rothschild Patent Imaging, a PAE, brought suit against the GNOME Foundation, which (according to its website) is helping to create a free software computing platform for the general public that is designed to be “elegant, efficient, and easy to use.”

The GNOME Project is an example of “open source” software. Open-source software has source code that anyone can inspect, modify, and enhance.

While many defendants in suits by PAEs settle, GNOME decided to fight. Working with a major patent litigation firm that provided its services pro bono, GNOME was able to discover prior art that called into question the patent’s validity.
In May, GNOME obtained a free license to all relevant Rothschild patents – scoring a win for its open-source community.