When’s the best time to file a patent application?

Patents should be filed

As early as possible

But not too early 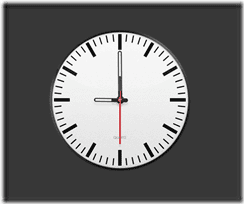 When’s the best time to file a patent application?
The short (but unhelpful) answer is: “Not too soon and not too late.”

Filing as early as possible seems like a good idea because the United States (like the rest of the world) is now (as of 2013) a “first to file” country rather than a “first to invent” country.

The “first to invent” system, which lasted for the first 200+ years of US patent law, meant that when two or more inventors filed a patent application for the same invention it was up to the US Patent and Trademark Office (USPTO) to decide which inventor was first to “conceive and diligently reduce the invention to practice” – even if the first true inventor wasn’t the first to file.

The US system is now more accurately a “first to disclose” system because inventors have up to a year after the first public disclosure of an invention to file the patent application.

For example, if inventor A came up with the invention on May 1, and inventor B independently came up with it on June 1, but B disclosed it in a press release on July 1 and A filed a patent application on August 1 and B filed on September 1, inventor B would be considered the real inventor (all other things being equal).

Filing early, of course, lets you beat any competing inventors to the punch.

The downside of filing early is that your invention may not yet be well-thought-out. If it’s under-developed, it may be lacking the unique details that would make it patentable, and so your application may be rejected.
(The USPTO doesn’t offer refunds, by the way…)

Or as you develop the idea further, talk to your customers, etc., you may decide that your actual product is quite different from what you first thought – which means you’ve wasted the money you spent on the first application (including patent lawyer fees) and you have to start over with a new application.

As mentioned above, inventors have a year to file for a patent. More specifically, under 35 U.S.C. 102(a)(1) a person shall be entitled to a patent unless the claimed invention was patented, described in a printed publication, or in public use, on sale, or otherwise available to the public, [more than one year] before the effective filing date of the claimed invention.

What starts the one-year clock running can be somewhat complicated, as we’ve discussed in previous blogs like this one.