Or risk losing them 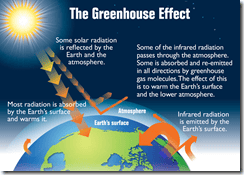 The Federal Circuit has upheld a decision of the US District Court for the Northern District of California dismissing a patent infringement case on the grounds of res judicata.

In 2015, Dr. Richard Sowinski sued California Air Resources Board (CARB) and several individual and corporate defendants associated with CARB for alleged infringement of his patent.

The defendants moved to dismiss the case. When Dr. Sowinski failed to respond, the district court granted the motion.

Dr. Sowinski then appealed. The Federal Circuit affirmed the dismissal in 2017.

In 2018, Dr. Sowinski filed a new complaint, substantially identical to his original one.

Again, CARB moved to dismiss – this time on the grounds of res judicta.

Res judicata arises when the prior case or claim was previously tried and the merits were adjudicated. “In civil cases, a claim generally may not be tried if it arises out of the same transaction or common nucleus of operative facts as another already tried.”

Dr. Sowinski argued that the merits of his patent infringement claim weren’t adjudicated in his first case because it was dismissed for procedural reasons – because he failed to respond to the motion to dismiss.

The court disagreed, citing precedent that “dismissal for failure to prosecute should be ‘treated as an adjudication on the merits for purposes of preclusion.’”

Under Federal Rule of Civil Procedure 41(b), if a plaintiff fails to prosecute or to comply with rules or a court order, a defendant may move to dismiss an action, and this operates as an adjudication on the merits of the case.

Dr. Sowinski tried to seek damages that arose only since his last case was dismissed, but the court shot that down, too.

In the 2014 patent case of Brain Life, LLC v. Elekta Inc., the court explained that

Again, the Federal Circuit upheld the district court’s dismissal, not that the application of preclusion “encourages reliance on judicial decisions, bars vexatious litigation, and frees the courts to resolve other disputes.”

Nothing in the reported decision indicates WHY Dr. Sowinski didn’t respond to the motion to dismiss in the first place. This case demonstrates why it’s important to seek expert guidance when making a claim of patent infringement, since even procedural errors can doom a patent infringement claim.