Patent Board Reverses Rejection Based on Design Choice 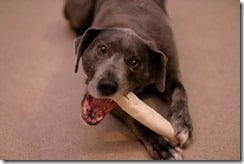 As the US Patent and Trademark Office (USPTO) explains, “An invention that would have been obvious to a person of ordinary skill at the time of the invention is not patentable.”

For example, a three-slot toaster might be deemed obvious in light of the existence of a two-slot toaster.

As the US Supreme Court ruled in the case of Graham v. John Deere Co.,

(A) Determining the scope and content of the prior art;

(B) Ascertaining the differences between the claimed invention and the prior art; and

(C) Resolving the level of ordinary skill in the pertinent art.

Often, it will be necessary for a court to look to interrelated teachings of multiple patents; the effects of demands known to the design community or present in the marketplace; and the background knowledge possessed by a person having ordinary skill in the art, all in order to determine whether there was an apparent reason to combine the known elements in the fashion claimed by the patent at issue. To facilitate a review, this analysis should be made explicit.

A patent application can be rejected if a Patent Examiner finds that an element of a claimed invention is a mere “design choice.” As the Board of Patent Appeals and Interferences explained in Ex parte Bagnall, et al.,

In the recent matter of Ex parte Elliott, the Patent Trial and Appeal Board (PTAB) reversed a Patent Examiner’s obviousness rejection. The PTAB found that the Examiner didn’t provide evidence or show reasoning to support the conclusion that a feature was a mere design choice. The PTAB noted that the Appellant had presented evidence that the claimed structure solved a stated problem.

Here, the recited internal support structure is said to provide certain functions, including increased chewing time and reduced calorie content. Spec. 5. Thus, the Specification presents at least some evidence that the recited structure solves a stated problem. See id. at 2 (“It has been found that an internal support structure within the edible chew provides longer-lasting time per gram of product.”). Conversely, the Examiner does not identify evidence or reasoning adequate to support a determination that the difference between a chew having no internal structure (Nie, Bunke) and the claimed chew having specified internal walls and struts would have been an obvious design choice.

Takeaway: To avoid challenges on the grounds of obviousness, it’s important that each feature disclosed in a patent application should be associated with one or more advantages, to counter any argument that the feature is a mere “design choice.”