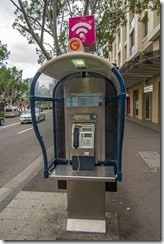 A federal judge imposed a $40,000 sanction against a plaintiff in a patent infringement case that shared confidential information with its Chinese counsel in a related trade secret dispute.

SIMO, a pioneer in software-based virtual SIM (vSIM) technology, won $2.2 million in damages based on a jury finding that uCloudlink had infringed certain claims of SIMO’s US patent. SIMO had alleged that uCloudlink’s WiFi hotspots were infringing.

uCloudlink was also enjoined from selling its mobile WiFi hotspots and mobile phone in the United States.

After the trial, SIMO sought enhanced damages for willful infringement. The court entered a final judgement for $8.2 million.

Since then, SIMO twice returned to federal court to seek permission to use confidential uCloudlink documents that were produced during pretrial discovery in the US case in a trade secret misappropriation case pending in Shenzhen, China between a SIMO subsidiary and a uCloudlink subsidiary.

SIMO’s subsidiary needed to show a Chinese court “some evidence of uCloudlink’s misappropriation” of SIMO’s trade secrets, and SIMO wanted to use the confidential information for that purpose.

First, SIMO asked the court to modify the protective order entered in the case or to grant discovery in aid of a foreign proceeding under 28 U.S.C. § 1782(a).

To obtain discovery under Section 1782(a), SIMO needed to establish that (1) the person from whom discovery is sought resides (or is found) in the US district; (2) the discovery is for use in a foreign proceeding before a foreign tribunal; and (3) the application is made by a foreign or international tribunal or any interested person.

The court found that SIMO failed to meet the second prong of the test because it wasn’t a party to the litigation in China – its subsidiary was.

The Court was thus “left with the impression that SIMO [sought] these documents so that it may turn them over to [its subsidiary], which in turn may provide them to the Chinese Court.”

Next, SIMO asked the court to permit disclosure pursuant to an Investigation Assistance Order from the Chinese court.

In its latest request, SIMO advised the court that in 2018 plaintiff’s counsel had made the documents at issue available to Chinese attorneys who were representing the subsidiary in a related Chinese patent infringement lawsuit.

Upon learning that, uCloudlink sought to sanction SIMO for violating the protective order, which prohibited disclosure of confidential discovery material except to court personnel, stenographers, “counsel retained specifically for this action,” and those “retained by a party to serve as an expert witness or otherwise provide specialized advice to counsel in connection with this action.”

The judge found no evidence that the Chinese attorneys were retained for “this action” (ie., the US action) or that they were even licensed in the US.

if individuals providing ‘specialized advice’ in one lawsuit can include attorneys identifying potential bases and defendants for another lawsuit – or attorneys assessing whether one lawsuit might affect another – [the protective order’s] limitation to lawyers retained in ‘this action’ becomes meaningless.

Since SIMO’s violation of the protective order was clear, the court imposed sanctions of $10,000 for each of the four disclosed documents.