To reject the claims 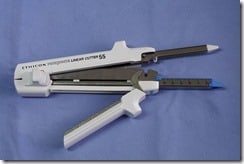 The Patent Trial and Appeal Board (PTAB) has reversed a patent examiner’s rejection of a patent application on the grounds of obviousness, finding that the claimed invention was obvious only in hindsight.

As noted in the US Patent and Trademark Office (USPTO) Examination Guidelines, an invention that would have been obvious to a “person of ordinary skill” at the time of the invention is not patentable.

As the Guidelines note,

The person of ordinary skill in the art is a hypothetical person who is presumed to have known the relevant art at the time of the invention. Factors that may be considered in determining the level of ordinary skill in the art may include (1) “type of problems encountered in the art;” (2) “prior art solutions to those problems;” (3) “the rapidity with which innovations are made;” (4) “sophistication of the technology; and” (5) “educational level of active workers in the field.”

Obviousness is a question of law based on underlying factual inquiries. Those inquire involve:

Evidence to be considered, as the Guidelines state, includes “evidence of commercial success, long-felt but unsolved needs, failure of others, and unexpected results.”

According to the Guidelines,

When making an obviousness rejection, [Patent] Office personnel must therefore ensure that the written record includes findings of fact concerning the state of the art and the teachings of the references applied. In certain circumstances, it may also be important to include explicit findings as to how a person of ordinary skill would have understood prior art teachings, or what a person of ordinary skill would have known or could have done. Factual findings made by Office personnel are the necessary underpinnings to establish obviousness.

The matter of Ex parte Shelton involved a staple cartridge assembly for use with a surgical stapler.

The assembly included the ability to administer medication by an activator located outside the patient’s body, such as a magnetic field.

The patent examiner found aspects of the invention obvious, in light of prior art.

As the PTAB noted,

[R]ejections on obviousness grounds cannot be sustained by mere conclusory statements; instead, there must be some articulated reasoning with some rational underpinning to support the legal conclusion of obviousness. … Further, our reviewing court has frequently cautioned that it is not proper to base a conclusion of obviousness upon facts gleaned only through hindsight. “To draw on hindsight knowledge of the patented invention, when the prior art does not contain or suggest that knowledge, is to use the invention as a template for its own reconstruction—an illogical and inappropriate process by which to determine patentability.”

The invention must be viewed not after the blueprint has been drawn by the inventor, but as it would have been perceived in the state of the art that existed at the time the invention was made.

Because the examiner didn’t articulate a persuasive reason, supported by rational underpinnings, for combining different prior art teachings, the PTAB concludes that it was more likely than not that the examiner improperly resorted to hindsight in reaching a conclusion of obviousness. Thus, the PTAB reversed the examiner’s rejection of the application.