No infringement by Dropbox

If no hardware used 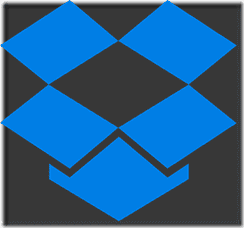 The Federal Circuit has held that a patent claim that requires hardware isn’t infringed by the distribution of software, standing alone.

The ’696 patent … summarizes the claimed inventions as being drawn to a controller for a synchronization system that maintains matching records and data for a user across multiple networked devices. …

The ’446 patent describes a “method for transferring media data to a network coupled apparatus.”

Synchronoss suggested that a “device” was:

Synchronoss disagreed with Dropbox’s proposed construction that limited the definition of a “device” to hardware devices.

Dropbox pointed to the fact that certain claims required a device to be “coupled” to a network, and that software in the absence of hardware is not capable of such coupling.

The court agreed with Dropbox that the claims could not cover software in the absence of hardware.

Dropbox sought summary judgment on the basis that two of the patents were not infringed because the asserted claims, as construed, all required hardware, but Dropbox’s accused software didn’t meet that requirement.

The court ruled in favor of Dropbox and Synchronoss appealed, arguing that the district court erred in concluding that the asserted claims required hardware:

Synchronoss specifically contends that the asserted claims—as construed by Synchronoss—recite hardware not as a claim limitation, but merely as a reference to the “location for the software,” … or “the environment in which software operates…

The court noted that Dropbox provided its customers with software that they could download, but not with any hardware.

The court noted the principle stated in the 2000 Federal Circuit case of Rotec Indus., Inc. v. Mitsubishi Corp. that “[O]ne may not be held liable under § 271(a) for ‘making’ or ‘selling’ less than a complete invention.”