Says the Patent Board 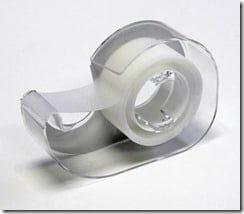 The Patent Trial and Appeal Board (PTAB) has reversed the rejection of a patent application, finding that the examiner engaged in improper “picking and choosing” of prior art elements.

Certain claims of the patent were rejected by the patent examiner under 35 U.S.C. § 102(a) as being anticipated by prior art cited as Bartholomew and Zajaczkowski.

35 U.S.C. § 102(a) addresses “novelty” as one of the conditions for patentability. An invention isn’t “novel” if it’s known to the public before the patent application was filed.

Anticipation is grounds for invalidating or rejecting a patent because it means that the claimed invention lacks novelty. Patent invalidity based on lack of novelty, or anticipation, requires that the invention was known or used by others before it was invented by the patentee.

The patent applicant in Eckhardt argued that Bartholomew’s disclosure was insufficient to establish anticipation of the compositional components of the claims at issue.

The PTAB noted that

The case involved a range of specifications. For example, one of the claims recited

The PTAB noted that

Bartholomew teaches or suggests all of the components of the claimed multilayer PSA assembly …. Bartholomew further teaches ranges for the amounts of the 2-propylheptyl acrylate, the second non-polar monomer (e.g., isobornylacrylate), and the third polar acrylate monomer (e.g., acrylic acid) that overlap the recited ranges for these components as set out in claims 16, 37 and 38…

The PTAB pointed out that

Where the difference between the claimed invention and the prior art is some range or other variable within the claims, Appellant must show that the particular range is critical, generally by showing that the claimed range achieves unexpected results relative to the prior art range.

Thus, the PTAB reversed the rejection of the patent claims, finding that