May help US companies 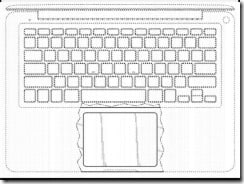 Last October, the Chinese Legislature passed the Fourth Amendment to the Chinese Patent Law, the first amendments since 2008. The new law will come into effect on June 1.

The revised patent law includes changes that better align Chinese design patent law with the laws of other countries.

Following are summaries of some of the design patent changes.

As an article in the Ohio State Law Journal notes,

while an applicant can claim “a design for the shape or configuration of an article of manufacture,” she does not have to claim the design of the entire article of manufacture. According to the PTO’s current drawing conventions, the claimed portion(s) of the design must be shown in solid lines. An applicant may use broken or dotted lines to indicate unclaimed portions of a design, to “disclose the environment-related to the design” and “to define the bounds of a claimed design . . . when the boundary does not exist in reality in the article embodying the design.” In the latter case, “[i]t would be understood that the claimed design extends to the boundary but does not include the boundary.” These boundary lines are often, though not always, indicated using dot-dash lines. In this Apple design patent for a “Portable Computer,” the dotted lines indicate unclaimed portions of the product’s design and the dot-dash lines indicate an unclaimed boundary around the claimed portion…

As The Verge reported, in 2013 Apple was awarded a design patent for the look – but not the functionality – of its trackpad housed within a laptop, as shown above.

As an article in a Notre Dame Law School journal notes,

Partial claiming allows a design patent owner to succeed on an infringement claim where the defendant’s product, considered as a whole, doesn’t look the same as the patent owner’s product.

Before the change in the law, “partial claiming” was very limited in China and applicants were generally limited to filing design patent applications that covered all design features of a product.

As an article in the Journal of European and International IP Law discusses,

The introduction of partial (or portion) design claiming – the strategy of seeking protection for the most interesting or desirable parts of articles instead of having to claim the entire article – has important implications, particularly for app developers. This is because it could potentially close an existing loophole that enabled developers to infringe a graphical user interface (GUI) design if they only produced software.

This problem was highlighted in Beijing Qihu Tech. Co. and Qizhi Software Co. v Beijing Jiangmin New Sci, Tech. Co., China’s first GUI design infringement case. The design patent in question showed the hardware on which the GUI was displayed, and as partial claiming was then disallowed both the GUI and the hardware were included within the scope of the patent. Given that Jiangmin only produced software – not the underlying hardware – the Beijing IP Court held that Jiangmin’s software did not infringe the plaintiffs’ design patent both because the subject matter of the design patent included a computer, and because the software was neither an identical nor a similar product. Commentators note that partial claiming will allow applicants to claim the GUI or parts thereof and therefore eliminate this problem.

This new application may even change the scope of what’s being claimed. This is useful if the design of a product has changed since the original application was filed.

Design patent terms have been increased from 10 to 15 years. This means that, under the priority rules discussed above, the term of an earlier design patent can potentially be extended by an additional five years.