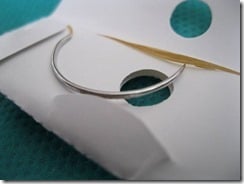 The US Supreme Court has ruled that the US Patent Office Administrative Patent Judges (APJs) are not “inferior” officers in the context of inter partes reviews (IPR) in violation of the Constitution.

However, rather than finding the entire IPR system unconstitutional, the Court held that the problem can be fixed by making the AJP’s decisions subject to review by the Director of the United States Patent and Trademark Office (USPTO).

The case of the United States v. Arthrex arose when Smith & Nephew, Inc., sought IPR of Arthrex, Inc.’s patent for a “surgical device for reattaching soft tissue to bone without tying a knot.” Arthrex had previously sued Smith for patent infringement.

Three AJPs of the Patent Trial and Appeal Board (PTAB) concluded Arthrex’s patent was invalid. Arthrex then appealed to the Federal Circuit, arguing that the whole IPR system was Invalid under the US Constitution.

The IPR procedure was enacted in 2012 as part of the America Invents Act and is used to challenge the patentability of one or more claims in a patent.

As the Court explains,

inter partes review is an adversarial process by which members of the PTAB reconsider whether existing patents satisfy the novelty and non-obviousness requirements for inventions.

The IPR procedure is conducted by the PTAB. As the Court notes,

On appeal, Arthrex raised an argument based on the Appointments Clause of the US Constitution. This clause provides:

[The President] shall nominate, and by and with the Advice and Consent of the Senate, shall appoint Ambassadors, other public Ministers and Consuls, Judges of the Supreme Court, and all other Officers of the United States, whose Appointments are not herein otherwise provided for, and which shall be established by Law: but Congress may by Law vest the Appointment of such inferior Officers, as they think proper, in the President alone, in the Courts of Law, or in the Heads of Departments

As the Court explains,

The clause is intended to promote accountability:

Assigning the nomination power to the President guarantees accountability for the appointees’ actions because the “blame of a bad nomination would fall upon the President singly and absolutely.”

the sole and undivided responsibility of one man will naturally beget a livelier sense of duty and more exact regard to reputation.

The Court noted that

Congress provided that APJs would be appointed as inferior officers, by the Secretary of Commerce as head of a department. The question presented is whether the nature of their responsibilities is consistent with their method of appointment.

The US Government intervened in the private dispute to defend its appointment procedure.

We hold that the unreviewable authority wielded by APJs during inter partes review is incompatible with their appointment by the Secretary to an inferior office.

However, the Court resisted throwing out the whole IPR system:

In general, “when confronting a constitutional flaw in a statute, we try to limit the solution to the problem” by disregarding the “problematic portions while leaving the remainder intact.”

Thus, held the Court, “Decisions by APJs must be subject to review by the Director.”

The Court then remanded the case to the Acting Director of the USPTO.