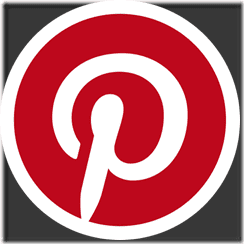 A federal court in California has dismissed a contributory copyright infringement claim brought by a photographer who alleged that the site didn’t do enough to take down infringing posts by users.

In Davis v. Pinterest, Inc., the plaintiff, Harold Davis, was a digital artist and professional photographer.

is an online platform that allows users to create their own virtual image boards or “boards,” by “pinning” images to their boards. ... These images may be captured by Defendant’s users, or maybe copied from other sources on the internet.

According to the plaintiff, Pinterest “does not have in place a system of screening the Pins for copyright notices or other indicia of copyright ownership associated with the `pinned’ images. Instead, alleged the plaintiff, Pinterest “monetizes those images . . . by displaying and distributing those images to its users, which are incorporated with targeted advertisement.”

deliberately removes indicia of copyright ownership to render its paid advertisement more effective and to actively thwart the efforts of copyright owners, like Plaintiff, to police the misuse of their works on and through Pinterest’s website and app.

As a result of this, the plaintiff alleged, “Pinterest is the source of rampant [copyright] infringement by third parties. . . .”

The court noted that to establish a claim for contributory copyright infringement, a plaintiff “must establish that there has been a direct infringement by third parties” – in this case, the Pinterest users.

Once that’s been established, a plaintiff must further allege that the defendant:

1. has knowledge of another’s infringement and

2. either (a) materially contributes to or (b) induces that infringement.

actual knowledge that specific infringing material is available using its system, and . . . simple measures [would] prevent further damage to copyrighted works, yet [the defendant] continues to provide access to infringing works.

“Inducement” requires the defendant to

distribute[] a device with the object of promoting its use to infringe copyright, as shown by clear expression or other affirmative steps taken to foster infringement.

Here, the plaintiff alleged both material contribution and inducement.

However, the court noted that the plaintiff failed to allege that Pinterest had knowledge— actual or constructive—of specific acts of infringement.

When the plaintiff wrote to Pinterest’s Intellectual Property Operations Manager, complaining about infringement on the site, the manager wrote back asking for references to the files that the plaintiff wanted to be removed. Plaintiff responded that it was “impracticable” to provide this information.

Plaintiff also argued that Pinterest was “willfully blind” to the infringement that was occurring by third parties on its website.

To allege willful blindness, noted the court, a plaintiff must allege that a defendant

1. subjectively believed that infringement was likely occurring on [its website] and that [it]

2. took deliberate actions to avoid learning about the infringement.

However, said the court,

willful blindness, as a proxy for knowledge, still requires allegations that Defendant was willfully blind to the specific instances of infringement at issue in the case, and not just to copyright infringement generally.

Plaintiff’s allegations, taken in the light most favorable to Plaintiff, merely suggest that Defendant operated its website indifferent to the risk of copyright infringement generally and indifferent to the difficulty copyright holders may have in identifying misuse of their works.

It’s not clear why the plaintiff (or plaintiff’s attorney) made such vague and conclusory allegations of infringement on the Pinterest site. But there’s nothing in the court’s opinion that would prevent another photographer from making similar claims against Pinterest.