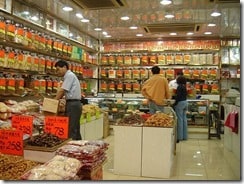 As part of this process, China has created a new public registration platform with patent information for all drugs allowed to be marketed in China. This is similar to the “Orange Book” in the United States.

By the way, according to Pharmacy Times, this is how the Orange Book got its name:

The first print publication occurred October 1980, and the color orange was selected since it was almost Halloween. Donald Hare, a pharmacist who previously worked at the FDA is commonly referred to as ‘the father of the Orange Book’ and helped to select the book color.

The Orange Book – more properly known as the  publication Approved Drug Products with Therapeutic Equivalence Evaluations – “identifies drug products approved on the basis of safety and effectiveness by the Food and Drug Administration (FDA) under the Federal Food, Drug, and Cosmetic Act (the Act) and related patent and exclusivity information.”

The Orange Book is available both online and as an app.

The Orange Book doesn’t list biological products such as vaccines (including those for COVID-19). These are listed in the publication Lists of Licensed Biological Products with Reference Product Exclusivity and Biosimilarity or Interchangeability Evaluations — commonly known as the Purple Book.

(The Purple Book debuted on FDA’s website in 2014.  It’s reportedly called the Purple Book because the cover of the printed edition of the 2014 Code of Federal Regulations is purple.)

China’s new directory doesn’t appear to have a color designation. It does require that the following information must be listed about each drug:

Types of drug patents that can be listed are:

As Managing IP reported, in October of 2020 China adopted a pharmaceutical patent linkage system. This took effect in June 2021.

“Patent Linkage” is the system whereby a national drug regulatory authority (such as the FDA in the US) and the National Patent Office communicate to prevent the marketing approval of generic versions of drugs until after the patents for the original versions have expired.

Under the new Chinese system, as Managing IP notes,

When filing for regulatory approval, a chemical generic drug applicant is obligated to make a statement with reference to each drug patent whose information has already been registered with the patent information registration platform (Rule 6). Such statement is categorised as follows:

(I)            There is no existing patent relating to the generic drug application.

(II)           The patent to be exploited by the generic drug has expired or has been declared invalid.