Why “Why” Matters for Obviousness

Why things are combined 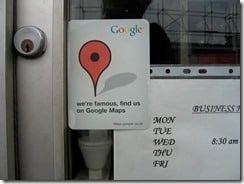 In Google LLC v. NavBlazer, LLC, the Patent Trial and Appeal Board (PTAB) declined to institute inter partes review (IPR) of U.S. Patent No 9,075,136 based on an “obviousness” challenge.

The patent, filed in 1998, is for a “Vehicle operator and/or occupant information apparatus and method”:

In other words, it’s describing what GPS apps like Waze and Google Maps do today.

Google filed a petition requesting an IPR of certain claims of the patent on the grounds that they were “obvious” in light of prior art.

Google argued that a POSITA in this case would have

at least a Bachelor’s Degree in an Engineering discipline such as Electrical or Computer Engineering, or a Bachelor’s Degree in Computer Science or equivalent degree, and at least two years of relevant experience in the research, design, development and/or testing of navigation systems, embedded systems or the equivalent, with additional education substituting for experience and vice versa.

Prior art references include descriptions of “providing route guidance and other information from a base unit to a remote unit in response to a request from the remote unit” (Behr) and s “RF receivers to monitor updated traffic condition information for dynamic rerouting guidance” (Schreder).

Google asserted that the patent’s “detects a departure” claim would have been obvious to a POSITA who combined the above Schreder and Behr references:

Behr and Schreder are both directed to similar navigation systems. But a difference between Behr and Schreder is that the navigation system in Behr is located within a centralized base unit 12…, while the route planning processor in Schreder is included in a navigation system within the vehicle …. Behr teaches, however, that guidance systems that are self-contained within a vehicle, such as the system disclosed in Schreder, suffered from “many drawbacks,” including the need for large data storage capabilities onboard the vehicle….. Behr’s solution to the “drawbacks” of self-contained vehicle guidance systems was to move the navigation processing and data storage systems into a centralized base unit, and transmit “route guidance and other information” from the base unit to remote units….. Behr teaches that, in this way, “the amount of information available at a remote unit can be expanded by providing the remote unit with information from the base unit.”…. Therefore, based on the teachings of Behr, the [POSITA] would have been motivated to move the processing operations of Schreder’s route planning processor 70 into the centralized base unit 12 of Behr.

However, said the PTAB,

Petitioner’s proffered rationale justifies where a skilled artisan would have located Schreder’s rerouting functionality—in Behr’s central system—but does not address why a skilled artisan would have added that functionality to Behr in the first place. Given this deficiency, we find that Petitioner has not produced the required “articulated reasoning with some rational underpinning to support the legal conclusion of obviousness.”