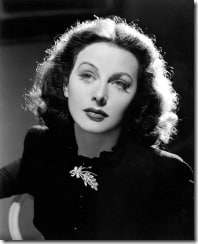 A federal district court has held that the idea of grouping data together with a single code is abstract and thus patent-ineligible.

Zyrcuits IP LLC sued Acuity Brands and Universal Electronics Inc. for infringement of claim 4 of US Patent No. 6,671,307 (the ‘307 patent).

Claim 4 of the patent recites:

[a] spread-spectrum method improvement for sending data over a communications channel, comprising the steps of:

storing, at a transmitter, N bits of interleaved data as stored data, with N a number of bits in a symbol;

and transmitting, at said transmitter, the output chip sequence signal as a radio wave, at a carrier frequency, over said communications channel, as a spread-spectrum signal.

In other words, as the court explains,

claim 4 describes grouping together data that may come from multiple sources, applying a single chip-sequence code to the grouped data, and then transmitting the code by radio wave.

The defendants moved to dismiss on the grounds that the patent was invalid for failure to claim patentable subject matter under 35 U.S.C. § 101.

However, as the district court noted,

As the district court also noted,

The Supreme Court has not established a definitive rule to determine what constitutes an ‘abstract idea’ sufficient to satisfy the first step of the Mayo/Alice inquiry.

The Supreme Court has recognized that “fundamental economic practices, methods of organizing human activity, and mathematical formulae are abstract ideas.”

The district court noted that

The Federal Circuit has explained repeatedly that claims directed to the manipulation of data are abstract absent additional features, because “information as such is an intangible.”

The judge found that claim 4 was abstract on the following grounds:

Representative claim 4 is directed to the manipulation of information: It requires “storing” specified data, “selecting” a signal based on the stored data, and then “transmitting” the signal. #307 patent at claim 4. Zyrcuits repeatedly refers to the content of claim 4 as an “algorithm.” … “A process that start[ s] with data, add[ s] an algorithm, and end[ s] with a new form of data [is] directed to an abstract idea.” … This is exactly what is recited in claim 4.

So what does this all have to do with the glamorous picture of actress Hedy Lamarr at the top of this blog?

During World War II, Lamarr invented something similar to the invention claimed in this case and was granted U.S. Patent 2,292,387. Her frequency-hopping system was designed to prevent radio-controlled torpedoes from being tracked or jammed. Later, spread-spectrum technologies related to her invention led to Bluetooth and WiFi.