Writer Can Reclaim Rights to Friday the 13th Script

Can be reclaimed by writer 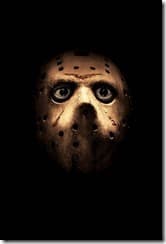 Just in time for Halloween, the U.S. Court of Appeals for the Second Circuit has held that the writer of the screenplay for Friday the 13th can terminate his copyright grant to the movie’s producer and reclaim it.

In 1979, Victor Miller wrote the screenplay for the horror film Friday the 13th, which was released in 1980. In 2016, Miller gave notice to the producer, Manny Inc., purporting to terminate the producer’s copyright.

In 1980, Manny assigned its rights to another entity, Georgetown, which registered the copyright for the script as a “work for hire” with Georgetown as the author. Horror, Inc. later acquired the rights to the Friday the 13th franchise, including this script.

As we explained in this blog and video,

The Copyright Act permits authors or their heirs, under certain circumstances, to terminate the exclusive or nonexclusive grant of a transfer or license of an author’s copyright in a work or of any right under a copyright. These termination provisions are set forth in 17 USC §§ 203, 304(c), and 304(d), with the applicable provision depending on a number of factors, including when the grant was made, who executed it, and when copyright was originally secured for the work. These provisions are intended to protect authors and their heirs against unremunerative agreements by giving them an opportunity to share in the later economic success of their works by allowing authors or their heirs, during particular periods of time long after the original grant, to regain the previously granted copyright or copyright rights.

These cases commonly turn on whether the writer was an employee of the producer or an independent contractor.

As the court noted in the Miller case,

Manny argued that because Miller was a member of the Writers’ Guild of America, East (WGAE) – a union that represents screenwriters – he was an employee.

The contract between Miller and Manny provided that Miller would write the script – originally titled “The Long Night at Camp Blood” — for $9,282.

Sean Cunningham is the general partner of Manny Company and a producer, writer, and director. As the court noted,

As with Miller and Cunningham’s past collaborations, the two worked closely together to develop the two documents. Miller described how, during the writing process, the pair “enthusiastically bounced ideas off of one another.” … Miller and Cunningham met at each other’s homes to discuss ideas for the Film, and Miller drafted the Treatment and Screenplay at his own home, on his own typewriter, using his own typewriter ribbon and paper. Miller made use of Cunningham’s photocopier and photocopy paper, and Cunningham’s assistant re-typed the second draft of the Screenplay to reformat the draft to contain certain margin content.

The court reviewed the thirteen factors established by the US Supreme Court in Community for Creative Non-Violence v. Reid, 490 U.S. 730, 737 (1989) (“Reid“) and determined that they weighed in Miller’s favor.

The court concluded that Miller’s membership in the WGAE didn’t preclude a finding that he was an independent contractor under copyright law – rather than labor law:

Miller’s employee status as a screenwriter entitled him to certain protections for the purposes of labor law (such as the collectively bargained for protections under the MBA) does not preclude him from being considered an “independent contractor” and receiving the very different protections afforded to authors under copyright law.