Trademark Board Lowers Standard for Fraud 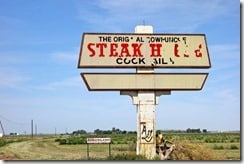 The Trademark Trial and Appeal Board (TTAB) has ruled that “reckless disregard” for the truth meets the intent requirement for proving fraud on the United States Patent and Trademark Office (USPTO) during trademark prosecution.

The Federal Circuit had held in 2009 in In re Bose Corp. that intent to deceive the USPTO was an “indispensable element” of such a fraud claim. However, the court left undecided the issue of whether “reckless disregard” of the truth met the intent requirement.

The case of Chutter, Inc. v. Great Concepts, LLC involved Great Management Group’s attempted registration of the mark DANTANNA’S for “spices and spice rubs,” in Class 30, and for “restaurant and bar services,” in Class 43.

Great claimed that it already owned the DANTANNA’S mark for “steak and seafood restaurant,” in Class 43.

Dan Tana is an American restaurateur, actor, and former professional soccer player. Arriving in the US without a valid passport, he worked is way up from dishwasher to maître d’ to movie producer and restaurant owner. His restaurant, Dan Tana’s, opened in West Hollywood in 1964 and is known for its celebrity guests.

Chutter also petitioned to cancel the registration of the DANTANNA’S mark for “steak and seafood restaurant” on the grounds of fraud.

As the Administrative Trademark Judge noted,

Plaintiff alleges, and there is no dispute, that Great Concepts filed in the registration a Combined Declaration of Use and Incontestability under Sections 8 and 15 of the Trademark Act, 15 U.S.C. §§ 1058 and 1065, on March 8, 2010 declaring that “there is no proceeding involving said rights pending and not disposed of either in the U.S. Patent and Trademark Office or in the courts,” even though a prior cancellation proceeding … and a civil action in the United States District Court for the Northern District of Georgia … were pending against Great Concepts’ right to register and use the mark DANTANNA’S. Plaintiff further alleges that because Great Concepts knew that the two proceedings were pending when it filed its Combined Declaration, its statement that there were no pending proceedings was knowingly false. Plaintiff alleges that Great Concepts “made the false statement in the Declaration with the intent that the USPTO would rely on it and to induce the USPTO to accept the Declaration.”

The plaintiff claimed that Great Concept’s attorney, Taylor, acted in reckless disregard for the truth when he signed the Declaration.

As the judge noted, “Reckless disregard” is defined as the “conscious indifference to the consequences of an act.”

filed with the USPTO a Combined Declaration of Use and Incontestability, which included both the contents required for such and a supporting sworn declaration under 18 U.S.C. Section 1001, each of which contained a statement he knew was false; but, he claimed he did not read the contents or supporting declaration closely enough to be aware the false statement was in the declaration. In other words, Mr. Taylor paid little, or no, attention to the document he was signing under oath and thereby disregarded the significance of the benefits he was obtaining for his client. By failing to ascertain and understand the import of the document he was signing, far from conscientiously fulfilling his duties as counsel, Mr. Taylor acted in reckless disregard for the truth; nor did he take any action to remedy the error once it was brought to his attention. Mr. Taylor was especially reckless because he was admittedly unfamiliar with the requirements for filing a Section 15 Declaration.

we hold that reckless disregard is equivalent to intent to deceive and satisfies the intent to deceive requirement. The vast volume of trademark application and registration maintenance filings made with the USPTO is such that the agency typically cannot actively investigate the truth or falsity of individual declarations. The agency, as well as applicants and registrants, and all who rely on the accuracy of the Registers of marks and the submissions made to the USPTO in furtherance of obtaining or maintaining registration, must be able to rely on declarations and the truth of their contents. The applicable law cannot be read to permit applicants and registrants to recklessly disregard the contents of sworn declarations and sign them without consequence for the inclusion of false statements that will be relied on by the USPTO.