Finds that plaintiff failed to prove

Theft of a secret 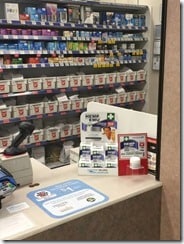 A federal court has granted summary judgment in favor of several defendants in a case involving the alleged misappropriation of a formula for CBD-based pain cream.

Plaintiff is a producer of pharmaceutical-grade hemp products. It sells its products under both its own “Pharmalieve” brand and on a “white label” basis.

(Selling products on a “white label” basis means that a company sells its product without its own branding to a third party, and the third-party puts its own logo on the product.)

In 2017, Plaintiff was introduced to EcoNatura, which manufactures creams and lotions via a lab and factory owned and operated by a company called Rejuvenol. Both companies (and others) were defendants in the case.

At a meeting, the parties discussed forming a joint venture to produce and distribute CBD-based products.

In 2018, Plaintiff and EcoNatura began to reformulate and make a CBD-based pain cream, to be produced by EcoNatura and manufactured by Rejuvenol.

Medterra (an existing client of Plaintiff’s) wanted to buy the pain cream on a “white label” basis so that it could sell it under its own brand. The parties entered into a somewhat complicated business arrangement, under which Medterra submitted purchase orders (PO’s) to Plaintiff, Plaintiff forwarded the PO’s to EcoNatura, and EcoNatura would tell Rejuvenol to make the product and send it to Medterra.

Later, Plaintiff and EcoNatura had a falling-out and Plaintiff went looking for a new manufacturer. Plaintiff assumed that Medterra would continue to order products from Plaintiff, but instead, Medterra bought directly from EcoNatura, which sourced the products from Rejuvenol, as before.

Plaintiff claimed that the formula for the pain cream was its trade secret and that Medterra knew it was a trade secret and misappropriated it. It sued for alleged violations of the federal Defend Trade Secrets Act (DTSA) and the Florida trade-secret act, the FUTSA.

The DTSA defines a trade secret as

all forms and types of financial, business, scientific, technical, economic, or engineering information, including patterns, plans, compilations, program devices, formulas, designs, prototypes, methods, techniques, processes, procedures, programs, or codes, whether tangible or intangible, and whether or how stored, compiled, or memorialized physically, electronically, graphically, photographically, or in writing…

Information isn’t considered a trade secret under the DTSA unless:

Misappropriation of a trade secret happens when:

The court noted that:

Plaintiff has not provided any rebuttal evidence that Medterra knew the CBD-based Pain Cream was Plaintiff’s alleged trade secret or knew any of the process or instructions on how the CBD-based Pain Cream was manufactured. Plaintiff provided only a partial ingredient list to Medterra, which included Plaintiff’s alleged “key ingredients,” but only the tea tree oil was the same percentage as that which Plaintiff alleges is part of the trade secret.
…
Plaintiff cannot establish that Medterra used, acquired, or disclosed any of Plaintiff’s confidential or proprietary information, given that all Plaintiff provided to Medterra was a partial ingredient list that it obtained from EcoNatura