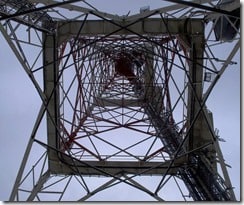 The Federal Circuit has reversed a decision by a federal court and found that a patent claim was directed to a patent-eligible improvement in computer functionality.

First, “the mobile station is not able instantly to switch from a receive condition to a transmit condition or vice versa.” …This turn-around time, along with the time needed to perform certain measurements, prevents certain multi-slot patterns from functioning. …

Second, in systems using an extended dynamic allocation method, there is a fixed relationship between the downlink slot in which a valid USF is received and the uplink slot in which transmission begins; a mobile station’s receipt of a valid USF in a certain downlink timeslot indicates the availability for that station to begin transmission in the corresponding uplink slot

The purported invention focuses on easing the latter restriction. As the court explained,

It allows mobile station access to previously restricted multi-slot configurations through “altering the fixed relationship in the timing of the downlink allocation signaling [sic] and subsequent uplink transmission for certain classes of the mobile station.”

Mentone sued Digi International Inc. and Elo Touch Solutions, Inc. for infringement of at least claim 5 of the patent.

The defendants claimed that the patent claims were patent-ineligible under 35 U.S.C. § 101.

However, under the US Supreme Court’s decision in Alice Corp. v. CLS Bank Int’l, “[l]aws of nature, natural phenomena, and abstract ideas are not patent-eligible.”

The district court agreed with the defendants, holding that claim 5 is “directed to the abstract idea of receiving a USF and transmitting data during the appropriate timeslots.”

Also, the district court held that

the shifted uplink status flag combined with the “abstract idea, functional limitations, and anything else” is not significantly more than a claim to the abstract idea.

As the federal circuit explained,

When it comes to software, said the court,

step one often “turns on whether the claims focus on specific asserted improvements in computer capabilities or instead on a process or system that qualifies [as] an abstract idea for which computers are invoked merely as a tool.”

We have routinely held software claims patent-eligible under Alice step one when they are directed to improvements to the functionality of a computer or network platform itself.

claim 5 is directed to a patent-eligible improvement to computer functionality, namely permitting additional multi-slot configurations for certain classes of mobile stations using extended bandwidth allocation…. It adds this capability by using a shifted USF that breaks the fixed relationship in the timing of downlink allocation signaling (i.e., receipt of a USF on a timeslot) and subsequent uplink transmission.

Thus, held the court, “The claim does not merely recite generalized steps to be performed on a computer” and is therefore patent-eligible.