PTAB Denies IPR Due to Lack of Prior Art

By Trial and Appeal Board –

No prior art found 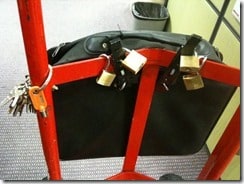 SIEM is a field within the field of computer security.

As the PTAB explained, the patent

describes a system and method “for conducting workflows by an SIEM device to carry out a complex task automatically.” … In at least one embodiment, a “workflow” defines a “task that contains a group of tasks that may be sequentially or concurrently conducted by one or more security devices so that a complex function may be accomplished automatically by [a] SIEM device.”

According to the patent,

Forescout asserted that certain claims of the patent were obvious in view of prior art.

Forescout alleged that the Primary Reference, filed on April 1, 2016, was entitled to the priority benefit of the February 24, 2014 filing date of its provisional application for prior art purposes under 35 U.S.C. § 102(a)(2), which states

A person shall be entitled to a patent unless—

The PTAB determined that Forescout had not shown that there was a reasonable likelihood that it would prevail in showing that at least one of the challenged claims of the patent was unpatentable.

The PTAB determined that Forescout had not adequately shown that one of the prior art references was actually prior art to the challenged claims.

The PTAB also found that Forescout failed to adequately show that in light of the claimed prior art the inventions in the patent at issue would have been obvious to a person of ordinary skill in the art prior to the effective filing date of the patent at issue.