Says that claim was misconstrued 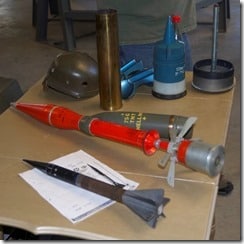 The Federal Circuit has vacated and remanded a district court’s ruling of noninfringement because of erroneous claim construction that would leave the dependent claims of a patent with no scope.

According to the specification,

The third embodiment, the assembled end cap, is formed

During the prosecution of the patent, as the court noted,

the examiner issued a restriction requirement, noting that each of the three embodiments disclosed in the specification represented a distinct species. Littelfuse responded by electing to prosecute the species corresponding to the “assembled end cap” embodiment.

The patent examiner then withdrew certain dependent claims directed to the “machined end cap” and “stamped end cap” embodiments. Under the Manual of Patent Examining Procedure (MPEP) § 821.04, those dependent claims were subject to reinstatement if a generic claim was found to be allowable.

The district court accepted Mersen’s claim construction that the fuse end cap were a multi-piece apparatus.

However, the Federal Court disagreed, finding that the cap could also be a single-piece construction because the dependent claims recited a single-piece apparatus.

By definition, said the court,

However, the court noted,

But in this case, said the court,

Littelfuse’s construction is supported by the specification. Furthermore, Mersen’s construction would not merely render the dependent claims superfluous but would mean that those claims would have no scope at all, a result that should be avoided when possible.