An NFT Showing a Physical Product May Be “Artistic” 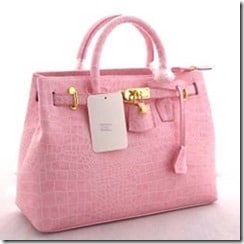 A New York federal court has ruled that a non-fungible token (“NFT”) for a digital image similar to a Birkin handbag may be an “artistic” work for purposes of determining whether the NFT infringes the Birkin trademark and other IP rights.

As the court discussed,

NFTs, or “non-fungible tokens,” are units of data stored on a blockchain that is created to transfer ownership of either physical things or digital media. … When NFTs are created, or “minted,” they are listed on an NFT marketplace where NFTs can be sold, traded, etc., in accordance with “smart contracts” that govern the transfers. … Because NFTs can be easily sold and resold with a transaction history securely stored on the blockchain, NFTs can function as investments that can store value and increase value over time.

The defendant described these blurry NFTs as a “tribute” to the real Birkin bag, which can sell for more than $100,000 and (like NFTs) can be seen as more of an investment than as something for daily use.

The NFTs were sold on four NFT platforms, and the defendant also created social media and marketing channels using the @METABIRKINS profile and slogans like “NOT YOUR MOTHER’S Birkin.”

However, Hermes wasn’t flattered by this “tribute” and filed a complaint against the defendant claiming trademark infringement, trademark dilution, and cybersquatting.

Fashion brands are beginning to create and offer digital replicas of their real-life products to put in digital fashion shows or otherwise use in the metaverse. NFTs can link to any kind of digital media, including virtual fashion items that can be worn in virtual worlds online. Brands sometimes partner with collaborators in offering co-branded virtual fashion products.

We discussed some of these partnerships in this blog.

A key issue, in this case, is whether the NFTs are “artistic.”

“Artistic” uses of trademarks – such as Andy Warhol’s images of Campbell Soup Cans – are judged by different standards than non-artistic uses.

Thus, the judge had to decide whether a MetaBirkin is more like an Andy Warhol lithograph or more like a counterfeit “Birkin” sold in a back alley.

The federal Lanham Act deals with trademarks. As the Second Circuit held in Rogers v. Grimaldi (involving a lawsuit by Ginger Rogers over the Fellini film Ginger and Fred),

We believe that in general the [Lanham] Act should be construed to apply to artistic works only where the public interest in avoiding consumer confusion outweighs the public interest in free expression. In the context of allegedly misleading titles . . . that balance will normally not support the application of the Act unless the title has no artistic relevance to the underlying work whatsoever, or if it has some artistic relevance unless the title explicitly misleads as to the source of the content of the work.

The court in the Birkin case noted that Hermes admitted in its complaint that NFTs could be “artistic,” saying “a digital image connected to an NFT may reflect some artistic creativity.”

The judge also noted that

Hermes tries to distinguish Rogers on the ground that Rothschild uses the “MetaBirkins” mark as a source identifier on social media to promote and advertise the NFTs, as a URL, and to identify a website, arguing that the First Amendment does not protect unauthorized use of another’s mark as a source identifier. But this does little to distinguish Rogers or explain why the Rogers test does not apply here. Using the title of the artwork for social media and online accounts dedicated to selling the artwork is just like the marketing and advertising approved in Rogers …. And Rogers is not inapplicable simply because Rothschild sells the images – the movie studio defendant in Rogers sold the film at issue.

Interestingly, in a footnote, the court suggested that the rules might be different if the Birkin bags were wearable by avatars in the metaverse, while the ones, in this case, were not.

But the judge denied the defendant’s motion to dismiss because the complaint contained sufficient factual allegations to support a conclusion that the defendant’s use of the Hermes intellectual property was explicitly misleading:

the amended complaint contains evidence of actual confusion on the part of both consumers and the media about Hermes’s affiliation with Rothschild’s MetaBirkins collection, believing there is such an affiliation and mistakenly reporting it as such.

Thus, the case will go forward. The final decision could have a major impact on the NFT market when the unauthorized use of brands and trademarks is involved.