What happens to trademarks when companies die?

But its trademarks can live on: 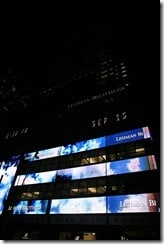 In theory, trademarks can last “forever.”

Unlike copyrights and patents, which have finite durations defined by law, a trademark can last as long as its owner maintains it and continues to use it.

As the US Patent and Trademark Office (USPTO) explains,

On the other hand, a trademark can be lost when it becomes a “generic” word for a type of thing, rather than an identifier of the source of that thing, as in the case of the former trademarks escalator, hovercraft, kerosine, superglue, trampoline, and videotape.

Trademarks can even outlast the companies that once owned them.

As the Federal Circuit explained,

Until 2008, Lehman Brothers was one of the largest investment banks in the United States, with hundreds of billions of dollars in assets under management and more than 25,000 employees in offices worldwide. Lehman Brothers owned trademark rights in connection with its name, including a number of federal trademark registrations for the standard character mark LEHMAN BROTHERS.

(Incidentally, the rise and fall of Lehman Brothers is portrayed in the play The Lehman Trilogy, which won the 2022 Tony Award for Best Play.)

In 2013, Tiger Lily, “a company with no corporate affiliation to Lehman Brothers or Barclays,” as the court noted, filed a trademark application for registration of the standard character mark LEHMAN BROTHERS for beer and spirits. In 2014, it sought the mark for bar services and restaurant services.

Tiger Lily’s responded with its own Notice of Opposition to Barclays’ application alleging, that Barclays lacked a bona fide intent to use the LEHMAN BROTHERS mark.

When the issue was before the United States Patent and Trademark Office Trademark Trial and Appeal Board (“the Board”), it found:

Barclays provided evidence of promotional materials distributed by Lehman Brothers (including whisky decanters, wine gift sets, wine books, wine carriers, and coasters), which the Board noted are still collected, sold, and traded by members of the consuming public.

The Board thus found for Barclay’s on the grounds of likelihood of confusion, and the Federal Circuit upheld this decision.