The Ninth Circuit Court of Appeals has thrown out a 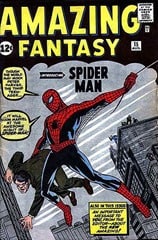 lawsuit by Stan Lee Media Inc. against the company’s former president, comic book icon Stan Lee. In collaboration with other comic book artists, including Jack Kirby and Steve Ditko, Lee co-created many well-known comic book characters, including Spider-Man, Iron Man, the Hulk, and X-Men. He was the former president and chairman of Marvel Comics. The rights to Lee’s comic book characters have been in dispute since 2002, when Lee sued Marvel, claiming that the company failed to honor a revenue sharing agreement with him. Stan Lee Media (formerly Stan Lee Enterprises), claimed that Lee had assigned his rights to the characters to the company in 1998, before he made a deal with Marvel. Stan Lee Media went public then filed for bankruptcy in 2001. Starting in 2007, the company initiated litigation seeking to reclaim the assets it says were stripped from it during the bankruptcy proceeding. (Marvel also filed for bankruptcy at one point, before being acquired by a toy distributor. It’s now owned by Disney.)

Stan Lee Media claimed that its intellectual property rights in the comic book characters were violated by Stan Lee. The Ninth Circuit found that the company failed to satisfy pleading requirements and upheld a trial court’s 2012 dismissal of the company’s claims on the grounds of res judicata. Stan Lee Media contended that Stan Lee assigned his rights to Stan Lee Media, and then breached that assignment. The Ninth Circuit found that argument implausible, finding that between the date the agreement was signed (between the company and Stan Lee in 1998) and when the company filed suit in 2007, the company never announced that it owned the rights. Nor did the company license the characters or produce content related to the characters. Meanwhile, noted the court, others were openly producing content and generating revenue from the characters.

The lesson here is that a court’s unlikely to be sympathetic to a company’s sudden and belated “realization” that its IP rights have been “violated” – when the results of that alleged violation are well-known to be earning billions at the box office.

The case is Stan Lee Media v. Stan Lee et al. and the decision can be read here.