More Court Rulings in the Wake of Alice

As we recently reported[L1] , the US Patent and Trademark Office has published its 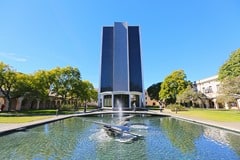 2014 Interim Eligibility Guidance of Subject Matter Eligibility, addressing computer-related claims that will not be deemed patent-eligible. Software and business method patents are increasingly under fire in the wake of the US Supreme Court’s 2014 decision in Alice Corporation Pty. Ltd. V. CLS Bank International, et al. Both the federal district courts and the Federal Circuit have issued a number of decisions finding computer-implemented technologies patent-ineligible.

A recent case out of the Central District of California goes against this trend. California Institute of Technology v. Hughes Communications Inc. involves a number of patents owned by the California Institute of Technology (Caltech). The patents are directed to a form of error correction code for electronic data transmission. Caltech sued Hughes, DISH Network, and others for patent infringement. Hughes moved for summary judgment on the grounds that the asserted claims were not patent-eligible.

Alice held only that abstract business methods do not become automatically patentable when implemented on a computer. Alice failed to answer this: when, if ever, do computer patents survive § 101?

The judge concluded, “Although the Supreme Court has never declared that software is patentable subject matter, software must be eligible under § 101. A bright-line rule against software patentability conflicts with the principle that courts should not read into the patent laws limitations and conditions which the legislature has not expressed."

After a detailed discussion of determining patentability post-Alice, the judge ruled:

Although this is a district court case, and not binding outside the Central District of California, other courts may find this analysis persuasive. Alternatively, this line of reasoning may be struck down on appeal. We’ll just have to wait and see…