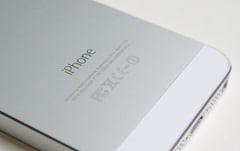 Registered industrial designs, or design patents, cover ornamental or aesthetic features of an object. For example, one famous design patent covers the rounded corners of the iPhone, as depicted above.

The Hague Agreement lets applicants register to 100 designs in more than 64 territories. Applications can be filed either electronically or on paper. The centralized registration makes it far more convenient to do renewals and modifications. An international registration has the same effect as a grant of protection in each of the member jurisdictions, unless protection is refused by the national office. International registrations of industrial designs are published every week in the International Designs Bulletin on the WIPO website.

All of the EU member countries are already members of the Hague Agreement. Japan joined at the same time as the US, South Korea signed on last year, and Canada, China, and Russia are reportedly planning to join soon. Most of non-EU Western Europe has also signed up.