In the case of Pacing Technologies, LLC v. Garmin International, Inc., the Federal 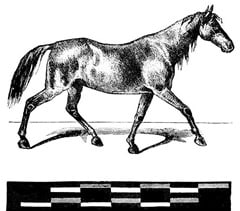 Circuit decided that the defendant’s products did not infringe the asserted claims of the plaintiff’s patent because of limiting language in the preamble to a patent claim. The patent at issue in the case was directed to “methods and systems for pacing users during activities that involve repeated motions, such as running, cycling, and swimming.” The preferred embodiment of the patent describes a method for aiding pacing by providing a tempo via, for example, the beat of a song or flashes of light.

Pacing Technologies, the owner of the patent, claimed that Garmin GPS fitness watches and microcomputers infringed on the patent. The Garmin Connect website allows users to design workouts and then transfer them to their Garmin devices. These workouts can include a target pace value. However, the devices do not play music or provide a beat corresponding to the user’s actual or target pace.

Claim 25 of the patent at issue reads as follows:

A repetitive motion pacing system for pacing a user comprising:

a web site adapted to allowing the user to preselect from a set of user-selectable activity types an activity they wish to perform and entering one or more target tempo or target pace values corresponding to the activity;

a data storage and playback device;

and a communications device adapted to transferring data related to the pre-selected activity or the target tempo or the target pace values between the web site and the data storage and playback device.

(Emphasis added by the court.)

Garman moved for summary judgment, on the grounds that its products were not “playback devices.” The District Court construed the term “playback device” to mean “a device capable of playing audio, video, or a visible signal” and granted the motion. Pacing appealed and the appeal turned on whether the preamble to claim 25 of the patent was limiting and on the construction of the phrase “repetitive motion pacing system.”

The Federal Circuit concluded that the phrase was limiting, and noted that including such limiting phrases was “a common practice in patent drafting”:

With these words, the patentee does not describe yet another object of the invention—he alerts the reader that the invention accomplishes all of its objects and features (the enumerated 19 and all others) with a repetitive motion pacing system that includes a data storage and playback device adapted to produce a sensible tempo. In the context of this patent, this clearly and unmistakably limits “the present invention” to a repetitive motion pacing system having a data storage and playback device that is adapted to producing a sensible tempo.